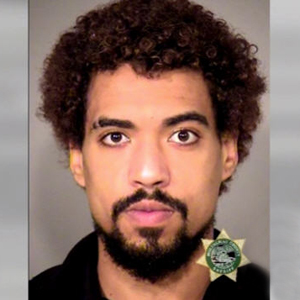 PORTLAND, Ore. – A 23-year-old registered sex offender, who has participated in several recent protests as a leader of ‘Portland’s Resistance,’ is now being accused of sexually abusing a teen boy and girl.

On Monday, the Oregon State Police Sex Offender Registration Unit confirmed Rhodes is a registered sex offender. His name does not appear on the pubic state-run website because he is not considered predatory. It’s also absent because when Rhodes was convicted, his case was settled in juvenile court.

Rhodes became a registered sex offender following convictions of first-degree sexual abuse and first-degree sodomy, according to court records. Details of his conviction remain unknown because under state law juvenile records are not publicly available.

Police just recently became aware of the sexual abuse allegations being made against Rhodes. The accusations surfaced while he was in custody following his January 25 arrest during a protest in downtown Portland.

The officer filed that during a conversation, Rhodes confided that he had “engaged in sexual behavior with minors in 2014.”

The parole officer is a mandatory reporter.

Rhodes was interviewed by PPB Sex Crimes detectives on Jan. 25 (following his arrest in downtown for the protest) and Rhodes “admitted he had sex with an underage female and an underage male.”

Rhodes initially claimed that he didn’t know the age of either teen until after the sexual activity occurred.

However, police spoke to the alleged female victim who told them that Rhodes knew she was a minor when the sexual activity occurred. Same for the male victim.

In a follow up interview with detectives, Rhodes “admitted he probably knew (the victims) were seventeen when he engaged in sexual acts with them.”

According to police, Rhodes met an underage victim on the dating website, Grindr. The male “immediately” told Rhodes that he was underage, records state. Rhodes told the male that he was concerned about having sex with the teen because “he has [a] sex crime history and would get in trouble,” according to records.

Despite his “reservations about getting in trouble,” Rhodes and the victim had sex in Gresham and Troutdale in 2015 when the victim was 17, according to the detective’s affidavit. The victim told police the sexual activity was consensual, according to records.

Court documents also show a police report was filed with PPB in 2015 after an employee with the Oregon Youth Authority, the agency supervising Rhodes’ parole, learned of the suspected abuse.

“We going to continue to investigate, and anybody that does have information or knowledge of other victims, we’d like them to come forward,” Simpson said.

Rhodes is a well-known community activist. He has led several recent protests, including one with dozens of high school students.

He’s a former member of the organization Don’t Shoot PDX. On Monday, the group denounced Rhodes and said he has not served in a formal leadership role since November 2016.

The group Portland’s Resistance also posted a statement on its Facebook page calling the allegations serious. Both organizations said they had no prior knowledge of the allegations against Rhodes.

KOIN 6 News has reached out to several family members of Rhodes, his friends and his criminal defense attorney. All have either declined to comment or have not returned our phone calls.

PPB officials on Monday stressed that the new charges filed against Rhodes are not in retaliation against his recent arrests following large protests in the city.

According to court records, on November 22, 2016, Rhodes was charged with second-degree disorderly conduct and interfering with a peace officer following his arrest on November 21, 2016, during a large gathering downtown.

The district attorney’s office issued a “no complaint” – meaning the case would not be prosecuted.

Rhodes was later cited on November 30, 2016, for failing to obey a police officer for the same event that lead to his earlier arrest.

His bail for the new sex crimes has been set at $20,000; however, he is being held on a facility hold with the Oregon Youth Authority for allegedly violating his parole. OYA Deputy Communications Manager, Sarah Evans, said the agency could not provide any additional information.

Rhodes was arraigned via video on Monday at the Multnomah County Justice Center. A not guilty plea was entered on his behalf. His next court date is set for February 7.