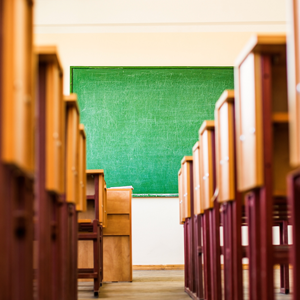 John Palfrey, the head of school at Phillips Academy, wrote in an email to the school community Monday that an independent law firm hired by the school found the alleged misconduct.

Last year, the school in Andover alleged that five former teachers engaged in sexual misconduct with students during the 1970s and 1980s.

Three of the alleged perpetrators were named last year. Another two were identified in Monday’s report: Brian Davidson and Frederic Lyman.

The latest report also said investigators determined there were another four cases of sexual misconduct, three involving former faculty members and one involving a student. The school did not release their identities.

Attempts to locate Davidson for comment were unsuccessful. Lyman did not immediately respond to a message left Tuesday at his home in Concord, Massachusetts.

Lyman was one of a dozen former educators who allegedly sexually abused students at the prestigious Choate Rosemary Hall in Connecticut. A report issued in April by an investigator hired by the school said Lyman allegedly had sexual relationships with two 16-year-old students in the 1980s. Lyman was an English teacher and coach at Choate.

“Due to my own immaturity, I considered my students to be peers and friends, which was a mistake that I will regret for the rest of my life. I am deeply sorry for any pain or discomfort my actions may have caused,” Lyman said in a statement sent to The New York Times earlier this year about advances he allegedly made toward a Phillips Academy student.

In a statement, Palfrey said the school extends its “deepest apologies to the individuals who suffered mistreatment in these cases, and to all others who have been affected by any form of sexual misconduct at Andover.”

“We are committing to making sure these transgressions never occur again,” he said.

Phillips Academy is one of at least 67 elite preparatory schools with allegations of sexual misconduct by staff. The Boston Globe reported that hundreds of students attending private schools in New England had been abused by faculty and staff. In response to the Globe report, dozens of schools did investigations. Some schools issued apologies for failing to protect students.