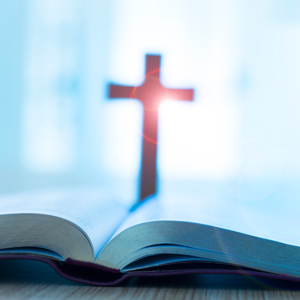 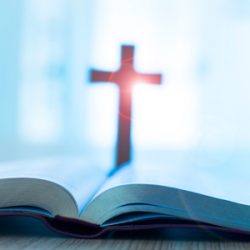 Article from The Providence Journal.

Rev. Christopher Cunningham, facing 2 civil lawsuits, practices at Seaside Psychological Services on Bellevue Avenue. He was licensed by the Rhode Island Department of Health in 2013, after working briefly in Pennsylvania.

A Roman Catholic priest accused of sexually abusing children in churches in Southern California in the 1990s and early 2000s is now working as a licensed psychologist in Newport.

The Rev. Christopher Cunningham, 55, is a practicing clinical psychologist at Seaside Psychological Services on Bellevue Avenue. He was licensed by the Rhode Island Department of Health in 2013, after working briefly in Pennsylvania.

He is also the subject of two civil lawsuits filed in the Superior Court of California in the District of Los Angeles. Two men — former parishioners now in their late 20s — say Cunningham sexually abused them when they were children — ages 10 to 13.

Both suits stem from Cunningham’s time as pastor of St. Louise De Marillac Catholic Church in Covina, California, from 2001 to 2003. But court filings depict a pattern of strange, predatory behavior at each of the five parishes where Cunningham worked in California, before he went back to school and became a psychologist in 2010.

One man, identified as “John CP Doe” says that when he was 10 to 11 years old, Cunningham “sexually molested” him. Cunningham worked as a priest at the church where the boy’s family worshiped, the man alleges in the suit filed May 25.

The archdiocese has settled hundreds of cases in the last decade for hundreds of millions of dollars, said Anthony De Marco, a lawyer who specializes in sexual-abuse cases and is representing the men. But the 2015 case, scheduled to begin Dec. 5, would be the first case involving alleged sex abuse by a priest to go to trial in Los Angeles County.

De Marco states in court documents that parish staff filed complaints about Cunningham’s “practice of spending extraordinary amounts of time alone with teen boys” during his first assignment at St. Christopher’s Catholic Church in West Covina from 1990 to 1994.

Both of De Marco’s clients are suing Cunningham, as well as the Roman Catholic archbishop of Los Angeles, and the St. Louise De Marillac Catholic Church. De Marco says by choosing to ignore warning signs displayed by a popular priest, the institutions neglected children in their care.

“By doing so, Defendants have systematically encouraged and condoned this conduct by more priests, including Father Christopher Cunningham,” De Marco writes in the 2015 suit.

De Marco said he represents five victims who have civil lawsuits against the archdiocese and Cunningham. Each of the victims filed reports with the police, but Cunningham has not been charged criminally, De Marco said.

Throughout Cunningham’s years working as an active priest, pastors and parish staffers complained among themselves, and to the Roman Catholic Archdiocese of Los Angeles about his behavior around children, the lawsuit alleges.

Cunningham had a reputation for taking teenage boys to his rectory bedroom, and took children on trips to the movies, to Starbucks, out for ice cream, and to Europe, De Marco says in the lawsuit.

He would wrestle, tickle and hug teenagers and frequently discussed sex with his religious education classes, De Marco alleges in the lawsuit.

On Sept. 8, 2005, he was placed on “inactive leave.” In court documents in 2008, the Roman Catholic Archdiocese of Los Angeles wrote that Cunningham was on “inactive leave,” following credible accusations of abuse.

But in a statement issued Saturday night, the archdiocese said it “did not know of any alleged sexual misconduct by Fr. Cunningham until 2015, when the initial claim was filed, and was not aware of the additional claims until recently advised by plaintiffs’ counsel.”

And, in a court filing from June 2015, J. Michael Hennigan, who represents the archdiocese, said the accuser failed to connect any personal damage to actions by the archdiocese.

“He has NEVER sexually abused anyone,” Flummerfelt wrote in an email. “Our office will defend him fully on this matter.”

Calls and emails to Cunningham were not answered. A man who identified himself as “a friend of Mr. Cunningham’s” answered the phone at Seaside Psychological Services on Friday night.

The Rhode Island Department of Health was “contacted about this situation this week and have made it an absolute priority,” spokesman Joseph Wendelken said in an email Friday.

He said generally, when a complaint is made, the DOH will investigate the claim if “it is deemed warranted.” Then any “appropriate disciplinary and licensure actions are taken,” Wendelken wrote in the email.

He did not say whether Cunningham is under investigation.