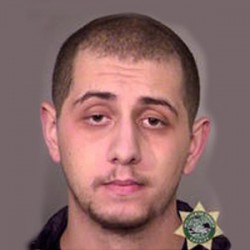 Jared Kelly White was indicted by a Multnomah County grand jury on 28 counts of first-degree sex abuse, 11 counts of unlawful sexual penetration and 15 counts of sodomy.

Police said White has had several jobs that put him in contact with children and that there could be more potential victims.

White is a former employee of the Multnomah Education Service District Outdoor School. Laura Conroy, service district spokeswoman, said he worked at the Sandy River Outdoor School in Corbett as a program leader from March 2014 to October 2015.

She said he was placed on administrative leave Oct. 22, immediately after police informed the district about the investigation. He will not be returning, she said.

“(The district) has cooperated fully with law enforcement during its investigation,” Conroy said. “Mr. White, like all of our employees, was given a criminal background check and unfortunately because nothing was known at that time the background check was clear.”

She emphasized that the district has a number of safety procedures in place. For example, Conroy noted, adults do not typically stay in the cabins unless there’s a mitigating factor, such as a special needs student in need of assistance. And there must be at least three people present when adults and students travel together, she said.

Police did not disclose how he came in contact with the three children in the police complaint or provide any other details.

The police bureau asks anyone with information about White to call Detective Nathan Tobey at 503-823-0276 or email [email protected].