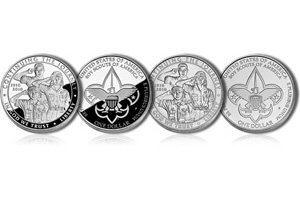 Sex Abuse Claims Will Not Bankrupt Boy Scouts of America

People sometimes ask me if it will “bankrupt” the Boy Scouts of America to allow men (and sometimes women) who were sexually molested as children by their Scoutmasters to sue the BSA. The answer is simple – no, absolutely not.

The BSA is a billion dollar corporation. Actually, according to the most recent tax return and financial statements of the BSA, the national Boy Scout corporation has assets totaling just over $1.15 billion.

Allowing victims to seek compensation for the wrongs done to them will not put a dent in the BSA’s financial situation. Consider the following financial information, all found in the most recent BSA Treasurer’s Report:

Don’t just take my word for it.  The BSA acknowledges in its Treasurer’s Report that it faces lawsuits for sexual abuse of children by Scout volunteers and that additional lawsuits are threatened. According to BSA, the reserve fund and insurance described above is “sufficient to provide for the resolution of these lawsuits and, where not covered by insurance, . . . the total amount of payments in resolution of those lawsuits will not be material to the financial position or results of operations” of the BSA.

There you have it – paying damages to Scouts who were sexually molested by Scout volunteers is immaterial to the BSA’s bottom line.