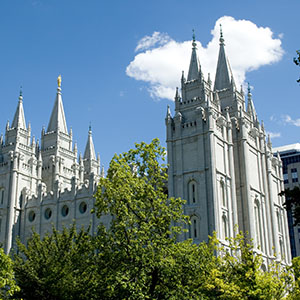 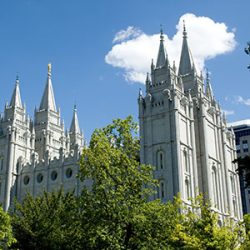 SALT LAKE CITY (KUTV) – A group of families are suing the LDS church, alleging it covered up child sex abuse by another member in West Virginia.

A total of six families with nine children filed the lawsuit against The Corporation of the First Presidency of the Church of Jesus Christ of Latter-day Saints according to court documents — available at the end of the story.

The families allege LDS leaders knew one of their members was abusing children and actively covered up the abuse that continued for years. The case is scheduled to go to trial in January.

Helen is one of the plaintiffs and spoke to KUTV’s sister station in Washington D.C. — asking that only her first name be used — and said she reported the abuse of her 4 and 6-year-old children to her bishop, the leader of her Martinsburg, West Virginia congregation, and the top women’s leader called the relief society president, who was also the abuser’s mother. She said they didn’t believe her and they didn’t do anything.

“My church family preached to me about forgiveness — that I needed to forgive him,” Helen said. “How do you forgive something like that?”

The abuse allegedly took place over the course of two months in 2008.

According to documents, in January 2012 the children told their parents what Jensen had done to them five years before.

She didn’t contact law enforcement immediately when she discovered the abuse.

“That is something that does eat at me. It is something that I wish that if I could go back and change, I would have done it differently,” Helen said. “I felt if i couldn’t even get these people that are supposed to have my family’s best interest, why would a jury believe what happened?”

In 2012, the abuser, Michael Jensen, was indicted for abusing other children and she contacted law enforcement. She said one of her sons testified at the trial but the court proceedings were not about his abuse.

According to court documents, Jensen was on trial for abusing two children in 2007. The papers say the boys, 3 and 4-years-old at the time, were forced to perform oral sex on Jensen while he was their babysitter. In 2013 Jensen was sentenced for up to 75 years in prison after he was convicted beyond a reasonable doubt for abusing the two boys.

The Church of Jesus Christ of Latter Day (sic) Saints knew that it had a sex offender in its midst as early as December 2004-January 2005, when Michael Jensen was charged in Provo, Utah, with felony sexual abuse of two girls and pled guilty to two sex offenses in the presence of his parents (who became Church leaders) and a Church bishop in Provo.

Is says that instead of warning others about Jensen, even as his predations began to mount, local church leaders “covered up, minimized and denied” his abuse and “dangerous proclivities; sponsored false explanations when evidence of abuse surfaced; touted him as a trustworthy and exceptional member of the Church community.”

Attorneys in the civil case contend local church leaders discussed the allegations of Jensen’s abuse as early as 2007 and no one reported them to law enforcement. The layers also claim LDS church leaders in Utah knew Jensen was convicted of other sex crimes in Utah in 2004.

The LDS church provided a statement for this story that says it does not tolerate abuse of any kind but said it could not comment specifically on this case. The full statement is at the end of this story.

The legal papers state that between April 2007 and August 2012, after moving from Provo, Jensen sexually abused nine children.

Helen said she doesn’t want to forgive, she wants justice.

In the defense papers it says that there was no conspiracy to harm anyone and church leaders didn’t know about his babysitting or that he would be around children.

In the 30-page defedants response to the 80-page petitioner’s brief, it claims one of the defendants did nothing wrong by sharing religious views that plaintiffs should forgive rather than seek vengence through the courts.

It says one of the defendants wrote Joe Doe-5 on Facebook, “privately warning him of the spiritual costs ‘[s]eeking vengeance and not justice …’ From personal experience, [defendant-1] predicted that ‘individuals and families will leave the Church either in the very near future or not too distant future, they will disregard covenants they have made and thus not be able [to achieve] the promise of becoming an eternal family.’

It also said the defedant expressed concern that a lawyer had boasted about making a very comfortable living suing churches, including the Catholic and LDS churches. The entire document is available below.

The LDS church said it cannot comment specifically on pending litigation but said this about sex abuse:

The Church of Jesus Christ of Latter-day Saints does not tolerate abuse of any kind. We take seriously our role as a recognized national leader in ensuring that child abuse prevention efforts are in place and followed – as happened in this case. In fact, it was the Church that first encouraged the parents to report the abuse and then made their own report as a confirmation. While the Church is, and will always be, heartbroken about the terrible actions of this individual, we are thankful that he is behind bars, where he should be. We encourage parents to come forth immediately to authorities when they believe their child has been the subject of harm.

The Church cannot comment specifically on pending litigation, but will present a solid case reaffirming its commitment to not only keeping children safe, but also taking action when there is reason to believe that harm has occurred.