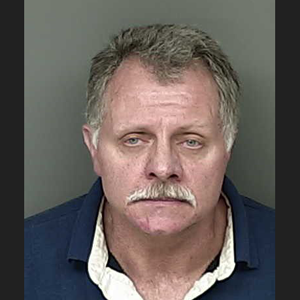 Article from the Corvallis Gazette-Times.

A six-day jury trial begins today for a Philomath man accused of sexually abusing a child over a six-year period.

Raymond Merl Turner faces 38 charges for the alleged abuse, which prosecutors say spanned the years between 2009 and 2016 and involved a child born in 2003, according to court documents.

Benton County Circuit Court Judge Matthew Donohue is presiding over the trial. The trial is set to conclude Oct. 2.

Prosecutors initially charged Turner on March 9, one day after he was booked into the Benton County Jail, where he remains on a $4.3 million bail.

An indictment in the case was filed April 25, court records show. Turner pleaded not guilty to the charges at a May 12 arraignment.

Turner faces an additional nine sex abuse charges for allegedly abusing a different victim between 2005 and 2007. The alleged victim in that case was born in 2001.

The sheriff’s office also investigated the case and interviewed the alleged victim. Prosecutors first filed the charges March 15 and an indictment was filed April 24. Turner pleaded not guilty May 12.

A trial date has not yet been set in that case.