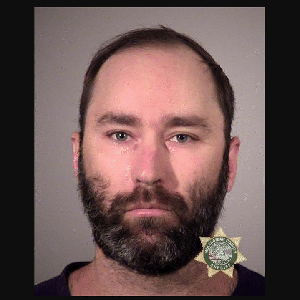 The founder of Into the Woods has had pictures published in every major publication in Portland.

Details are not yet available, but in the 55-count indictment the majority of the charges reach back to June 11, 2007—including 10 counts of rape in the third degree and one count of rape in the first degree. Charges from 2009 allege kidnapping, and Oliver was charged with multiple counts of using a minor in a display of sexually explicit conduct. He had previously been arrested in 2013 on charges of soliciting a prostitute.

Six different victims are already alleged. Oliver’s arraignment was scheduled for 9:30 a.m. today. His bail was set at $5.3 million.

Oliver was a prominent photographer and videographer in Portland, most notably as a co-founder of live-music videography site Into The Woods, which has filmed performances by many of the most prominent bands in Portland including Quasi, Parenthetical Girls and Natasha Kmeto—and touring bands like the Walkmen and Built to Spill. Oliver’s most recent work for the site was in 2014.

His IMDB account was nonexistent or scrubbed, but on social media, he listed his most recent job as a camera person for Grimm. His photographs have also been published in the Portland Mercury, Willamette Week and Portland Monthly.

While on assignment for Willamette Week in 2008, Oliver was punched by a North Portland man, leaving him with four broken teeth.