What does the Pope’s Resignation have to do with Protecting Children from Sexual Abuse? 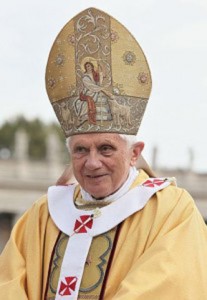 A Pope hasn’t resigned since 1415, so it is easy to see why Pope Benedict XVI’s announcement of his own resignation has made headlines.  Although he was not in the best of health when he took office, the expectation was that he would serve until he died – like all his predecessors in the past 600 years.

I come from a long line of Bavarian Catholics (even though the strain was diluted to Nebraska Lutherans by my generation), so was pleased to see a Bavarian Cardinal appointed Pope, even though I do not follow Vatican politics.  Those who do are out in full force now, making all kinds of speculations about why this Pope resigned, who will succeed him, and just what role a retired Pope is supposed to play.

The most scintillating of this conjecture is whether the Pope’s resignation has any connection with the German Bishops Conference’s abrupt cancellation of a independent investigation into 70 years of sex abuse allegation against German clergy.

But we shouldn’t lose site of the real goal of putting an end to child sexual abuse, within the Catholic Church as well as in other institutions of trust.  The next papal election is a side issue because reform will never come from within an institution.  Real reform is the product of advocates who tirelessly pursue the protection of children through changes in criminal and civil statutes of limitations, litigation, investigative journalism, and hands-on support for survivors of child abuse.