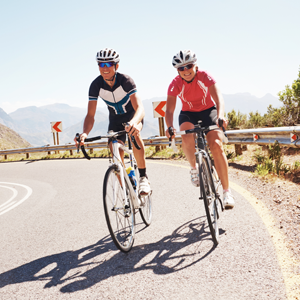 Article from The Canberra Times.

When one seven-year-old sought comfort from her father after a bad dream, reality became far worse than the nightmare.

Hayley Blease suffered sexual abuse at the hands of her parent for most of her Canberra childhood.

Now 35 and living in Sydney, she and other cyclists will ride 500 kilometres from Sydney to Parliament House to support the one in five Australian children who will be sexually abused before they turn 18.

“The sad thing is these perpetrators are monsters, but they don’t look like monsters, they look like human beings,” Ms Blease said.

Ms Blease will ask to meet with Prime Minister Malcolm Turnbull to propose a national council for children at risk of abuse, a move supported by the ACT Children and Young People commissioner.

It was understandably difficult for Ms Blease to speak about enduring a decade of abuse by her father. The evil crime was kept hidden until her year-11 art teacher asked about a picture she drew.

“It was of this little girl and fire with evil eyes and big hands reaching over her, and my teacher asked me what it meant,” she said.

“I burst into tears. Telling her was the biggest relief. My mum got called into school and it fully spiralled from there.”

She hesitated sharing her story publicly for years but eventually felt compelled to do so for the many voiceless children who are suffering or have suffered sexual abuse.

“There are so many who feel like they can’t speak out,” she said.

“They need to know there are people who will listen, places they can get help. I know my voice is strong and powerful but there actually needs to be a change. It can’t keep being pushed under the carpet.”

Ms Blease is calling for a national council of child protection researchers, psychologists, victims and other stakeholders that can drive education and change.

She has also registered a child sex victim charity called ‘Be Brave,’ which will benefit from the funds raised through her bike ride on March 27. She had raised $1700 of her $10000 goal.

At least 10 other cyclists will join her journey beginning at Freshwater, going through Wollongong, Bowral, and the gruelling hills of Kangaroo Valley, before arriving in Canberra on March 30.

“I luckily found strength through running for many years, so I’m feeling fit. But it will be a challenge,” she said.

“I just think – if this is the only good I can get out of the abuse then how can I stop?”

Australian Institute of Criminology research shows parents commit between 10 and 15 per cent of child sex offending in Australia, with the father the most common relationship to the victim.

The ACT Children & Young People commissioner Jodie Griffiths-Cook said a national council for children at risk of abuse could help ensure the findings of the The Royal Commission into Institutional Responses to Child Sexual Abuse were fully implemented.

She said measures were needed to help re-program perpetrators and those at risk of becoming abusers, as well as educate the community about the warning signs of grooming.

“And I’m not suggesting that we need to turn everything into a suspicious activity because I don’t think that’s the kind of society that we want to live in, but we do need to understand that the responsibility for protection doesn’t just lie with government, it lies with every single member of the community,” Ms Griffiths-Cook said.

“This is not someone else’s problem; it is not something that ‘will never happen to me’.