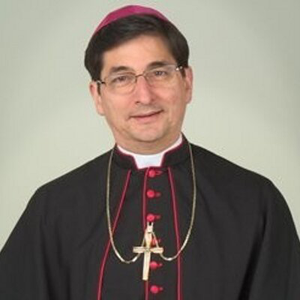 Bishop Joseph Tyson of the Yakima Catholic Diocese is one of two bishops nominated to head the Committee on the Protection of Children and Young People with the U.S. Conference of Catholic Bishops.

“Tyson is honored to be nominated,” said Monsignor Robert Siler, chancellor of the Yakima Diocese. “He does not view the other candidate as an opponent but a fellow bishop who is dedicated to the protection of children and youth, as is he.”

The other nominee is Bishop Timothy Doherty of Lafayette, Ind.

Not everyone is pleased with Tyson’s nomination, however.

The world’s largest group of clergy sex abuse victims, Survivors Network of those Abused by Priests, or SNAP, is calling for Tyson to withdraw.

In a letter sent Thursday to Tyson, SNAP director David Clohessy wrote, “You have done virtually nothing, above the legally required bare minimum, to safeguard kids.”

The letter also is signed by Robert Fontana, who founded the Central Washington chapter of Voice of the Faithful, a church reform group. Fontana worked for the diocese from 1991-2005; he moved to Seattle three years ago to attend graduate school.

Reached by telephone in his St. Louis office, Clohessy said Tyson is not a good choice for the committee chairmanship. “He should be able to say, ‘I’ve done better than other bishops.’ But he has a bad track record of protecting against abuse. We think the other nominee is a better choice.”

Tyson was traveling Friday and was not immediately available for comment.

However, Siler said Tyson has ensured strong procedures are in place to safeguard children and vulnerable people.

In his letter, Clohessy listed five areas in which SNAP believes Tyson has not done enough to protect children from clergy abuse:

Like Clohessy, Fontana thinks Tyson should be more open with parishioners about allegations of past wrongdoing.

“Tyson hasn’t shown any leadership. He could print names on the website. He could reach out to survivor groups and be aggressive in building trust,” Fontana said in a telephone call.

Siler, however, pointed out that the diocese has consistently been found in compliance with norms set out in the Charter for the Protection of Children and Young People by the U.S. Bishops in Dallas in 2002.

In an audit two months ago, an independent company found the Yakima Diocese had taken proper steps to protect children and had set up procedures to report allegations, according to Siler.

He noted all diocese employees and volunteers are required to complete a training program emphasizing awareness of sexual abuse and steps to take if it’s suspected.

Siler added, “We’re not perfect, but we do the best we can.”