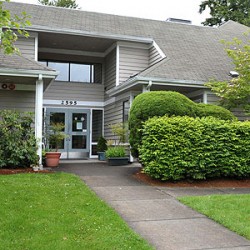 This revelation follows a number of similar allegations against Oregon foster care providers. In November 2015, Oregon lawmakers held a legislative hearing following the receipt of reports that top officials continued to send children to a Northeast Portland foster care provider “Give Us This Day,” despite knowing about serious financial issues and abuse accusations.

Give Us This Day was subject to its own scathing legislative hearing in late September of 2015, in which a former employee of Give Us This Day testified that the children in the provider’s care had gone without food and clean bedding. The employee also testified that her bosses falsified reports and kept a lid on abuse complaints. In October of 2015, the Oregon Department of Justice sued Mary Holden Ayala – the director of foster care provider “Give Us This Day” – for breach of fiduciary duties and ultra vires conduct, alleging a years-long plot involving three charities and the misspending of at least $2 million in state funds.

During the tense Nov. 2015 legislative hearing (convened by Senator Sara Gelser), Oregon lawmakers demanded that the Oregon Department of Human Services release information about how the department deals with troubled providers. In addition, Governor Kate Brown promised to order an independent review of the Department of Human Services. Governor Brown stated that the assessment – which could last up to five months – will help shape legislation by focusing on abuse investigations, licensing practices, and how DHS can better share warning signs and concerns. In light of the fact that the agency currently “lacks a mechanism to quickly spot a troubled provider,” such measures are of immediate necessity.

As a result of the November 2015 hearing, the Oregon Department of Human Services began reviewing care facilities placed on the state “radar list” of troubled providers. The list is issued every few months by the department’s licensing arm, and looks at factors including media attention, the volume and severity of complaints, and chronic noncompliance. The licensing office has three staffers in charge of tracking 203 child-care providers. Following DHS Officials’ review of seven providers on the most recent “radar list,” Youth Villages and Scotts Valley School in Douglas County are now facing sanctions and possible revocation of their license(s).

On December 3rd, Oregon DHS officials announced that the department had stopped placing foster children with Youth Villages after conducting site reviews of the foster care provider’s programs in mid-November. The letters released by DHS and OHA list incidents from June through late November, and accuse Youth Villages Officials of failing to promptly report abuse and failing to provide adequate supervision.

The DHS and OHA letters show that the state’s Health Authority was the first to suggest pulling Youth Villages’ license, weeks before the Human Services Department went public with its own action; on November 16, OHA issued a letter listing several concerns while ordering the facility to stop accepting placements. That letter came after officials from both state agencies visited Youth Villages on Nov. 10, 12 and 13. In contrast, DHS officials stopped short of immediately threatening Youth Villages’ license and instead issued a less formal “number of corrective actions.” Days later, however, Youth Villages reported another incident of sexual contact between patients, prompting another visit and inspection, and a more serious letter from the Human Services Department.

The Department has received complaints about sexual contact between patients at Youth Villages since the summer of 2015. For example:

On June 23, a staffer who saw two clients “engaged in sexualized behavior” failed to call for help because his phone battery had run out. On July 4, a staffer sat on a nearby sofa while two clients had sex in the doorway of a female resident’s room. Sexual contact was again reported in August, in October and on Nov. 1 — with the latter involving the same male resident in the July 4 case. The boy’s service plan wasn’t updated.

“And he was not placed on a special treatment plan related to his behavior,” the Health Authority wrote.

The most recent incident, on Nov. 17, came after two residents were left alone for 35 minutes. The state says Lake Oswego police are investigating. Youth Villages also faces accusations that it failed to properly separate bedrooms for girls and boys.

Hancock declined to provide ages for the residents involved in the sexual contact incidents, but said all of them were teenagers. Some of the children staying at Youth Villages are younger than teenagers.

In addition, numerous supervision, oversight and neglect concerns were mentioned in the two letters. As summarized by the Oregonian:

In sum, both the OHA and DHS reviews found that Youth Village staffers sometimes ignoring nighttime checks, struggling to stay awake on the job and failing to keep children from getting onto the facility’s roof. As stated in the letter from DHS, the provider’s practices “constitute a danger to the health and safety of its residents,” noting “multiple substantiated findings of neglect.”

Sadly, Youth Village is but one of many state approved care providers now facing sanctions and revocation of its license for neglect and abuse of its patients. Conditions and findings of lackluster oversight and negligent supervision of providers like Youth Villages and Give Us This Day demonstrate the need for legislative reform of the Department of Human Services review and licensing processes.

In response, Senator Sara Gelser, D-Corvallis, plans to introduce legislation to toughen licensing requirements and financial rules, and to give regulators the power to suspend a provider’s license over abuse claims and other safety violations. Gelser has also proposed changing how the department processes abuse and neglect allegations. Last year, more than half of complaints were ruled closed during an initial screening, in part because state law strictly limits investigations, usually to cases involving serious injury or an ongoing threat. Gelser wants to set a lower threshold that would include threats, neglect through the denial of food or medicine, financial fraud and lesser injuries that don’t leave a child near death.

Hopefully, these changes – in conjunction with the Governor’s commitment to ensure and effect DHS overhaul – will help improve oversight mechanisms to better protect vulnerable children entrusted to the state’s care.

Finally, if you would like advice from an attorney about the rights and options for victims of child sexual abuse, please contact Crew Janci LLP today for a free, confidential consultation at 1-888-407-0224 or by using our private online form. We will treat you with discretion and respect.

You are not alone. We are here to help.