At Crew Janci LLP, we are dedicated to empowering victims of sexual violence and other crimes to achieve the healing they need and the justice they deserve.

Our attorneys have been honored to advocate for children and adults who have suffered sexual abuse and other crimes throughout the United States (and beyond).  We bring cases against large national organizations as the Catholic Church, the Mormon Church, the Boy Scouts of America, the Seventh-day Adventist Church, the Boys and Girls Club, public and private schools, athletic leagues, and other “institutions of trust” whose employees abuse children or the vulnerable.

Crew Janci attorneys have obtained some of the largest settlements and jury verdicts anywhere in the country. 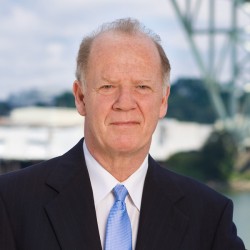 Stephen has been a trial lawyer for over 35 years. He has faced over 100 jury trials.

His trial record includes an $84 million jury verdict in an antitrust case in 2010 -- the largest such verdict in the Pacific Northwest.

The last eight years, Stephen has focused his career on helping survivors of childhood sexual abuse against predatory pedophiles and the institutions of trust that enable pedophiles to get access to children, including the Catholic Church, the Boy Scouts of America, the Mormon Church, and the Seventh-day Adventist Church.

Stephen is a respected and experienced trial lawyer who has been chosen as an Oregon Super Lawyer for the last five years-- an award limited to the top 5% of all Oregon Lawyers. Stephen has also been given an AV Preeminent rating by Martindale Hubbell, the highest rating available. This rating indicates that Stephen's peers rank him at the highest level of professional excellence. 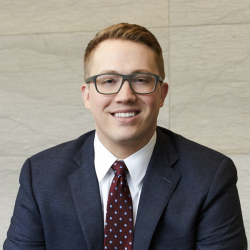 Crew Janci LLP partner, Peter B. Janci, has represented more than one hundred victims of sexual abuse for over nearly a decade.

These cases have regularly put Peter up against large and powerful institutions, including: the Catholic Church, the Mormon Church, the Boy Scouts of America, federal, state and local governments, and other public and private institutions of trust. Peter strives to obtain exceptional results for his clients through zealous advocacy and creativity.

In Spring of 2010, Peter Janci served as part of the Plaintiff’s trial team in Kerry Lewis v. Boy Scouts of America — a child sexual abuse trial in Portland, Oregon that resulted in a $19.9 million verdict for the Plaintiff. Peter has tried a number of jury and bench trials, in addition to representing clients in arbitration and meditation. Peter has also helped obtain dozens of other significant settlements for survivors of sexual abuse.

Peter began his advocacy for sexual abuse victims in 2005 when he first met his mentor, Kelly Clark (deceased), a founding partner of O’Donnell Clark & Crew LLP. Peter first advocated for sexual abuse survivors in religious institutions by researching and co-authoring a scholarly article with Kelly Clark and another attorney entitled: “Of Compelling Interest: The Intersection of Religious Freedom and Civil Liability in the Priest Sex Abuse Cases,” 85 Oregon Law Review 481 (2006). For almost a decade, Peter Janci worked closely with Kelly Clark at the law firm of O’Donnell Clark & Crew, representing victims of sexual abuse. Following Mr. Clark’s death in late 2013, Peter and Steve Crew decided they could best continue this legacy by forming a new firm that was solely focused on advocating for victims of sexual abuse and other crimes. That firm is Crew Janci LLP.

Peter Janci says this about his work with survivors of sexual abuse:

"There are a number of lies that keep victims silent – that they won’t be believed; that it was somehow the victim’s fault; that they don’t deserve justice. My great honor and privilege in representing victims of sexual abuse and other crimes is to watch the positive transformation that takes place when victims accept the truth: that it wasn’t their fault and that they deserved (and still deserve) to be respected and protected.”

“We give victims the support they need to stand up and speak the truth to some of the largest and most revered institutions in the world. These survivors are the ones putting a stop to patterns of abuse and cover-up. They are the ones protecting the next generations. They are the heroes. I am honored to work with them."

Peter Janci’s advocacy for survivors of sexual abuse and other crimes goes beyond traditional lawyering. Peter advocates for legislative changes to extend greater protections and access to justice for children and the vulnerable. Peter also regularly writes and presents about sexual abuse, crime victims’ rights, mandatory reporting, and related issues. Peter appears in local and national media, advocating for his clients and offering insights about sexual abuse and child protection issues--including in the Associated Press, the New York Times, the New York Daily News, and other leading news outlets.

In addition to his work representing victims of sexual abuse and other crimes, Peter selectively accepts a limited number of other serious personal injury cases involving victims of catastrophic injuries, psychological/psychiatrist malpractice, and wrongful death. 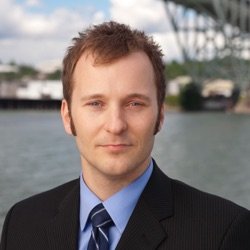 Adam Anderson brings a unique skillset and perspective back to the Crew Janci team. Adam began his legal career, first as a law clerk and after passing the bar in 2012, representing child sexual abuse victims alongside Peter and Steve, and the late Kelly Clark, at the firm of O’Donnell, Clark, and Crew. There, Adam was part of the legal team litigating landmark abuse cases against the Boy Scouts of America, the American School in Japan, and other institutions of trust.

Adam’s practice also developed a transactional and business focus, advising entities and individuals in a variety of matters such as tax law, real estate transactions, nonprofit corporation law, and estate planning and trusts. Starting in 2015, Adam joined a practice representing as general counsel public charter schools and municipal entities around the State of Oregon. This phase of his career included multiple successful appellate cases before the Oregon Court of Appeals and Oregon Supreme Court. Adam’s extensive and varied experience makes him a valuable asset to our clients’ often complex legal claims and pursuit of justice.

Adam has returned to litigating sexual abuse cases, valuing the opportunity to be a part of our clients’ journey to healing. He believes that leveraging the legal process towards the formal recognition and acknowledgement of our clients’ personal stories—whether through monetary settlement, public acknowledgments, private apologies, or policy changes to institutions—not only empowers our clients, but contributes to a safer, healthier world for future generations.

Adam is a native Oregonian, raised in Springfield, and a graduate of both the University of Oregon and Lewis & Clark Law School. Adam is a life-long musician and music lover, who has both studied classical piano, and recorded and toured internationally as a bass guitarist with multiple rock groups. In his free time, Adam enjoys hiking, reading history, staying active in his faith community, and spending time with his wife Alison and two daughters, Alexandra and Evangeline. 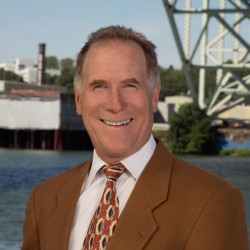 Michael “Mickey” Morey, Of Counsel (Retired) has been a respected and experienced trial attorney for over thirty years. Prior to joining Crew Janci LLP as Of Counsel, he established himself as a preeminent attorney in the United States in representing victims of sexual abuse. He began his career prosecuting rape and sexual abuse cases in the Multnomah County District Attorney’s office where he tried more than 100 jury trials, including all major felonies and murder cases. 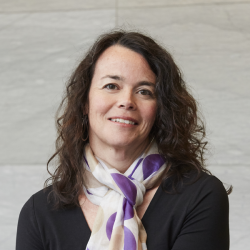 Using a trauma-informed approach, Michele Limpens serves as the firm’s Legal Intake Specialist. After studying psychology at Rutgers University, Michele earned a Master’s in Social Work from Portland State University. Michele has nearly 30 years of experience working with those experiencing adversity and trauma. Michele understands how trauma affects victims and appreciates the courage it takes to share their stories. She is able to adapt her communication methods to clients’ individual trauma experiences and needs, helping victims feel in control of their stories. Michele values connecting with survivors and ensuring that they feel heard, believed and validated. Michele says: “I am inspired by the courage and resilience of the people I speak with every day.” 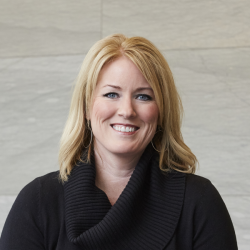 Senior Litigation Paralegal, Sheryl Anderson, has worked closely with sexual abuse survivors for nearly 20 years. Sheryl understands clients are often scared, anxious, and untrusting when they first reach out for help. Sheryl says: “I enjoy getting to know our clients and offering a calm and knowledgeable presence as they navigate the unfamiliar legal process. Witnessing the transformation of our clients -- from timid and untrusting to confident and courageous participants in their own lives – is what I find most fulfilling about this work.” 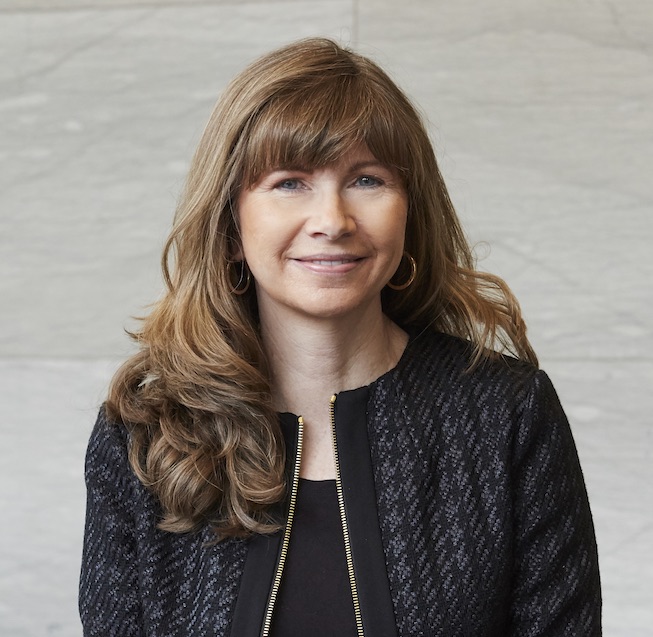 Litigation Paralegal, Joy Zimmerman, has been working with victims for ten years. Joy says: “Doing this work has made me a better, more compassionate person. I witness the effects of sexual violence firsthand, often lasting for decades. I feel very privileged to be part of a team that strives to provide victims with validation and support as they ultimately transition from survivors to ‘thrivers’.” 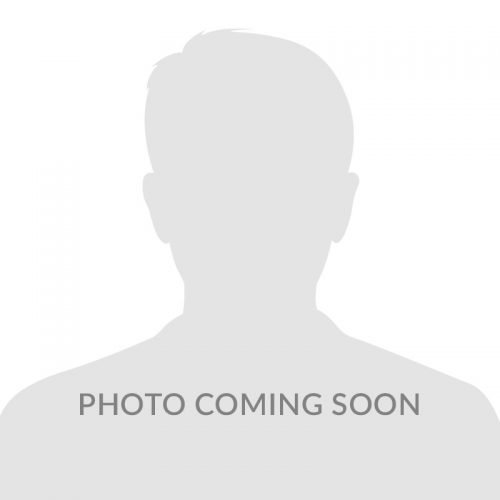 Jurgen Weller is a Legal Assistant with Crew Janci LLP. Jurgen moved to Oregon from California to pursue a degree in Sociology and Criminology at Southern Oregon University. Jurgen was specifically interested in gaining a better understanding of how societies are shaped by government entities and laws. Jurgen started his career at the District Attorney’s office in Jackson County where he gained experience working with survivors and witnesses. “Joining Crew Janci LLP is an exciting opportunity because, through this work, I have the opportunity to give something back to those that have had so much taken away from them.” 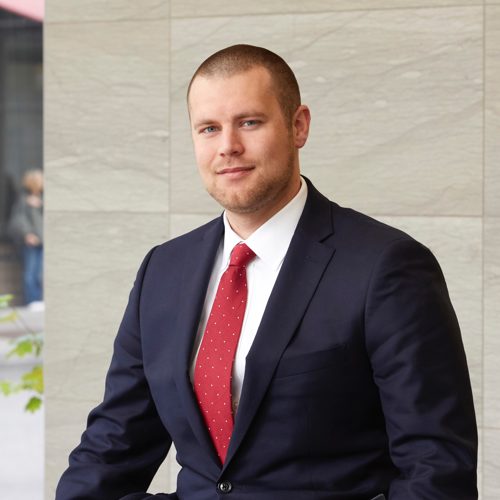 Zach Pangares joins the Crew Janci LLP team from Seattle University School of Law. Before his arrival to the firm, Zach spent several years in the health care industry, and has robust experience in health care transformation, health care strategy, and behavioral health administration. Zach uses his experience to bring a strategic approach to his legal work. Zach says he feels privileged to work with Crew Janci LLP because: “I have spent my entire professional career fighting to give a voice to those who are often not heard. At Crew Janci, I have the profound opportunity to be a listener and an ally as we help our clients pursue the justice they deserve.”

Jin Kim is a litigation paralegal at Crew Janci LLP. Jin has background in criminal justice and she strongly believes that every crime victim deserves respect and justice. Jin finds her work meaningful and hopes to empower clients through their traumatic experiences. Jin says: “I am grateful to be given an opportunity to be part of a powerful movement and I am inspired by the courage of our clients every day. I hope to help bring peace and positivity in client’s lives through my work.” 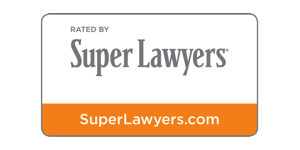 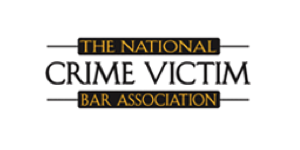 Abuse Dating Back Over 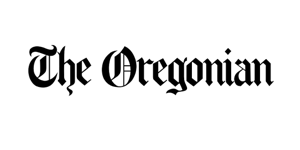 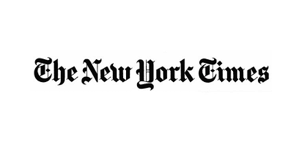 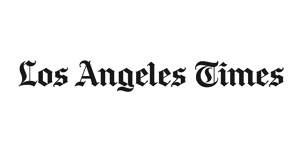 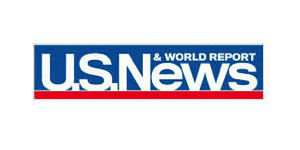 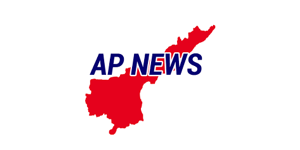 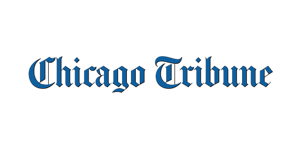 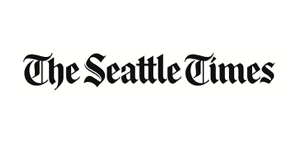 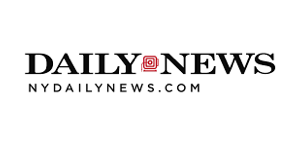 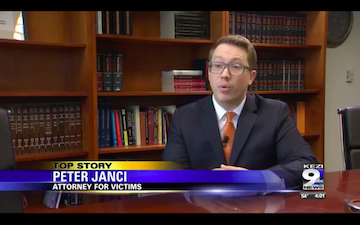 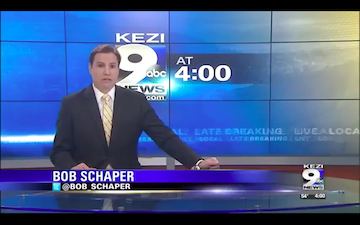