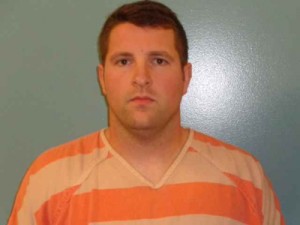 The Umatilla County District Attorney’s Office has charged 26-year old Timothy Walter Frey with three counts of second-degree sexual abuse, according to a report by Phil Wright of the East Oregonian. Frey taught at Pendleton High School as a long-term substitute, according to school district Superintendent Jon Peterson.  The charges against Frey allege that he had sexual intercourse with an underage student on three occasions between March 16 and April 2.

Peterson indicated that although Frey had substituted in other districts in the area both this year and last year, he had not been in the classroom after March 13.  At that time, Frey began working for the Oregon National Guard.

According to the East Oregonian, law enforcement has expressed concern that more victims may be involved and they plan on obtaining additional search warrants.

Unfortunately, Frey is not the only Oregon teacher arrested in recent months for sexual abuse.  In December of last year, a North Salem High School marching band teacher was arrested for texting a student and allegedly trying to coerce the student into sex.  In January of last year, Aloha High School teacher Eric Willard Wise was arrested on charges that he sexually abused a 17 year old student.  Teachers who sexually abuse children violate a sacred trust, but far too often we hear of those who violate this trust. It is the responsibility of all school employees and administrators to report suspected abuse.

In response to what it views as a serious and ongoing problem, the Oregon legislature enacted special statutes with specific penalties for coaches and teachers who abuse children or fail to report the abuse of students, such as ORS 163.425(1)(b)(C).

We represent victims of sexual abuse. If you or someone you know has information about sexual abuse by a teacher in Oregon, please speak with us confidentially at 1-888-407-0224 or email us at [email protected].