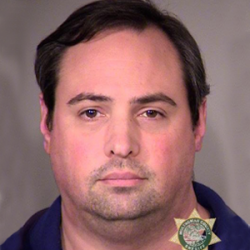 In February of 2016 CrewJanci.com posted about, James McGlothlin, a former Oregon City School District teaching aide who was charged with producing child pornography. Last Friday, The Oregonian reported McGlothlin was sentenced to more than 18 years in state prison after he admitted to sexually abusing three students with mental disabilities while working as their swim instructor.

James McGlothlin, 40, pleaded guilty in Clackamas County Circuit Court to first-degree sexual abuse stemming from incidents that occurred between September 2013 and March 2014 at the Oregon City Swimming Pool. He was also charged in federal court on child pornography-related charges and investigated, but not charged, in Multnomah County for other alleged misconduct involving children.

He is required to register as a sex offender. McGlothlin has worked with kids who have intellectual and physical disabilities in Clackamas and Multnomah counties since the early 1990s.

According to a criminal complaint in the federal case, after homeland security investigators traced an IP address from an online child-porn forum to McGlothlin’s home in 2015, they served a search warrant and found pictures and videos of children being abused.

Later, he confessed to two family friends that he did sexually abuse or had a sexual interest in their children or grandchildren.