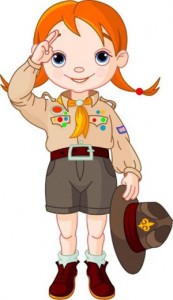 There are girls in the Boy Scouts.

This is an important point to consider in light of the recent release of approximately 1,250 “Perversion” files created by the Boy Scouts of America between 1965 and 1985.  Child sex abuse in Scouting doesn’t only affect boys.

Young women 13 or older may participate in the “Venturing” program offered by the BSA.  Venturing grew out of the earlier “Explorer” Scouts program, which went co-ed in 1969.

According to the commonly reported history of the Explorer program, the BSA invited girls to participate in the Explorers after commissioning a study showing, among other things, that “[c]oed participation . . . [was] necessary to attract young adults to Exploring.” (See here, here, and here, for example.)

Overall, girls probably loved being in the Explorers.  It gave them opportunities to go camping, learn about careers, and otherwise participate in a popular program from which they had been excluded for decades.  But it is disturbing that the BSA, in opening the Explorers to girls, was apparently motivated, not by the desire to benefit girls, but by the need to entice boys to stick with Scouting when they entered their teenage years.

By the time girls were invited to join the Explorers, the BSA had created thousands of “Ineligible Volunteer” files documenting accusations of the sexual abuse of Scouts by adult troop leaders and other volunteers.  How sad that the girls who signed up for the Explorers knew nothing of these files or the dark secrets they contained.