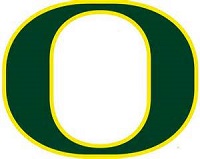 On May 7, 2015, Dr. Jennifer Freyd, a professor and scholar at University of Oregon, wrote an article in the Eugene Register Guard about betrayal trauma.  Her article is particularly timely due to the recent controversy surrounding UO’s accessing a sexual assault victim’s therapy records without her consent.

In previous studies, Dr. Freyd illustrated the various ways in which such betrayal harms survivors and contributes to their suffering.  Dr. Freyd’s research revealed that sexual assault victims who were subsequently betrayed by an institution of trust — such as a school, youth organization, public entity or church — were more likely to withdraw from educational opportunities and experience  physical and psychological symptoms associated with post traumatic stress disorder, such as anxiety, dissociation, depression, sexual dysfunction, and sleep disturbances.

Here at the law firm of Crew Janci LLP, we represent survivors of sexual abuse against individual perpetrators and the institutions that are responsible for enabling, abetting or otherwise allowing the sexual abuse to occur.  As advocates for sexual abuse survivors, we have long known of the devastating impact that institutional betrayal trauma has upon victims, and are acutely aware that such betrayal compounds the trauma these victims already experience as a result of the assault itself.  Dr. Freyd’s research provides much needed scholarly evidence of these effects.

As evidenced by our work advocating for sexual abuse survivors and Dr. Freyd’s scholarship, institutional betrayal can take many different shapes and forms.  Perhaps the most commonly known cause of institutional betrayal trauma result from such institutions’  inadequate or insufficient responses to a survivor’s disclosure of sexual violence.

Many victims of rape and sexual abuse have serious doubts about reporting or disclosing the abuse for fear of victim-blaming, stigma and disbelief by friends, family members, and acquaintances.  Unfortunately, such fears are often based in reality.  But it is not only individual persons who are responsible for perpetuating such fears.  Many rape and sexual abuse survivors are further blamed or stigmatized when they seek help from institutions of trust, such as colleges, schools, the judiciary, law enforcement, or medical systems.

For instance, survivors’ experiences of unhelpful law enforcement responses and further blaming by defense attorneys, judges, and prosecutors are so common that the treatment of victims within the criminal justice system has long been described as a “second assault.”

With regard to other institutions, such as churches, schools, and youth organizations, administrators and entity leaders often seek to protect institutional reputation over the victim (and future victims).  We’ve handled many cases against religious organizations and the Boy Scouts where officials merely shuffled known perpetrators into different cities, states and counties and concealed knowledge of such criminal actions in order to avoid scrutiny or prevent any decrease in membership or gift-gifting.  Invariably, those perpetrators re-offend against new unsuspecting victims, and the process is started anew.

Sometimes institutional betrayals occur in events leading up to sexual assault, such as creating an environment that is conducive to sexual assault. This perception may be more damaging to victims because it creates a sense that the institution could have done something to prevent the experience from occurring.

We’ve represented many victims who were abused because entity leaders concealed knowledge of sexual predators or failed to implement policies such as screening employees, conducting background checks on volunteers, and practicing prompt removal of sexual offenders to prevent future victimization.  In other cases, an assault could have been prevented by utilizing common sense safety procedures, such as fixing faulty lighting or door locks, training employees, or simply warning of the presence of a known assailant or the risk of sexual abuse.

Betrayal trauma surrounding sexual assault and child sex abuse exacerbates what is already a traumatic experience for victims of such violence.  In contrast, positive institutional responses (i.e., listening to survivors, believing them, and treating them with respect and dignity) promote survivors’ healing and recovery.  As such, our work, as well as emerging research such as that conducted by Dr. Freyd, indicates that institutions (e.g., work-places, schools, religious organizations) have the potential to either worsen posttraumatic outcomes or, in the alternative, become sources of support and healing.

Through our practice at Crew Janci LLP, we utilize civil litigation as a means to provide victims with justice and access to meaningful remedies. In turn, we also protect future victims by holding institutions accountable for their actions and inactions, forcing them to acknowledge the abuse, and requiring them to implement policies in order to make these institutions safer for all.

If you have been a victim of sexual violence and would like to speak with some one confidentially, please contact Crew Janci LLP today by calling 1.888.407.0224 or use our confidential contact form.