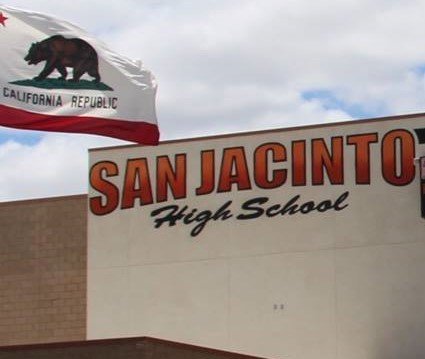 John “Jack” Wayne McLaughlin was a California school teacher and administrator for nearly 30 years, between approximately 1980 and 2010.

We are currently representing victims of sexual abuse by Jack McLaughlin in California.
California recently enacted a new law — Assembly Bill 218 — that allows victims of child sexual abuse in the state of California to bring claims during a limited “window” period.

Jack McLaughlin was a long-time member of The Church of Jesus Christ of Latter-day Saints (also known as the “Mormon Church” or “LDS Church”). It is believed that McLaughlin may have worked with youth at various times during his affiliation with the Mormon Church.

Jack McLaughlin is believed to have been arrested on criminal charges related to sexual molestation of minor student(s) from at least one school that he worked at.

Jack McLaughlin is also the subject of a current lawsuit filed in Riverside County Superior Court for his repeated and severe sexual abuse of a minor male. We are investigating on behalf of the victim in that case.

HAVE INFORMATION? Anyone with information about Jack McLaughlin is asked to
please contact us confidentially at 1-888-407-0224 or by using our online form.

We work for victims. Crew Janci LLP is a law firm dedicated to advocating for victims of sexual abuse, including victims of abuse in schools and other youth serving organizations. Our attorneys were part of the victim’s legal team that took the Boy Scouts to trial in 2010 and won a $19.9 Million verdict against the Boy Scouts. In addition, Crew Janci LLP made national news representing victims of abuse in the Mormon Church and at elite private schools, like the Pingry School in New Jersey and the Catlin Gabel School in Oregon. Contact us confidentially at 1-888-407-0224 or by using our online form.

Crew Janci LLP is working with The Zalkin Law Firm of San Diego. The attorneys of The Zalkin Law Firm has aggressively represented survivors who suffered child sexual abuse and sexual assault while members of religious and other organizations, including the Catholic Church, foster care, Boy Scouts, recovery homes, foreign student exchange programs, colleges and the Jehovah’s Witnesses. Irwin Zalkin is a nationally recognized survivor’s attorney who has represented hundreds of abuse survivors to achieve settlements against the Roman Catholic Bishop of San Diego of almost $200,000,000, against the Roman Catholic Archbishop of Los Angeles of $660,000,000, and multimillion dollar judgements against the Jehovah’s witnesses.

You are not alone. We’re here to help.