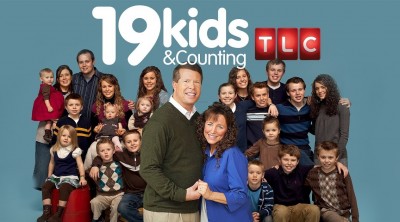 Lessons from the Duggars: Responding to Abuse 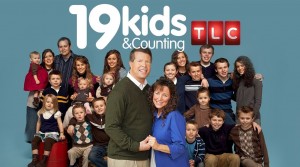 Josh Duggar of Arkansas has recently admitted to the sexual abuse of underage girls. Accusations of sexual abuse emerged earlier this week and the New York Daily News reports that Duggar was accused of sexually abusing five (5) underage girls in approximately 2002, when he was still a minor.

Duggar has been made famous by his family’s successful reality television program “19 Kids and Counting.”  The show highlights Michelle and Jim Duggar and their 19 children living a wholesome family life based on conservative Christian values.  (The Duggars’ are reportedly associated with Bill Gothard’s Institute in Basic Life Principles (IBLP) and Accelerated Christian Education.) In 2004, Michelle Duggar won Arkansas’ “Young Mother of the Year Award,” sponsored by American Mothers Incorporated. Jim Duggar served in the Arkansas House of Representatives from 1999 to 2002. He now runs commercial properties based on a Financial Freedom Seminar endorsed by IBLP.

On Thursday, Josh issued a statement to People magazine and resigned from his position with the Family Research Council. This week, Josh publicly admitted to and apologized for his conduct: “Twelve years ago, as a young teenager, I acted inexcusably for which I am extremely sorry and deeply regret. I hurt others, including my family and close friends . . . . I confessed this to my parents, who took several steps to help me address the situation.” Josh’s statement also indicated that counseling was arranged for both he and his victims, but according to the Daily News, it’s not clear whether any of them received counseling.

Obviously, a parent or guardian learning that their minor child has been sexually abusing other younger children is an extremely challenging situation.  Let’s look how the Duggars handled this situation and the lessons that can be learned from it:

New reports indicate that the Duggar parents first discovered that Josh had sexually abused a younger child in 2002.  However, according to reports, Jim Duggar did not report the abuse to authorities immediately.  Instead, when the Duggar parents first became aware of the abuse in 2002, they chose to discipline their son at home rather than report him to police or DHS at that time. Nine months later, Josh was accused of another incident of abuse.

Unfortunately, by waiting, the Duggars’ missed an opportunity to prevent further abuse — and Josh re-offended against a child.  Child sexual abuse is too damaging to victims to take such a risk.  If you learn that a minor may be sexually abusing other children, take action immediately.  (See #2 and #3, below.)

(2)  DO Remove Opportunities for Further Abuse

After the Duggars learned of a second incident of abuse, they removed Josh from their home (in which they housed lots of younger children) for a period of several months.

Sexual abusers are almost always repeat offenders.  Even when caught, someone who has sexually abused a child may appear remorseful, cry, make promises never to do it again, and may offer an explanation about why the abuse was a “one time incident”  (i.e., depression, intoxication, etc.).  However, most offenders will go on to offend again when they are given an opportunity.

If you learn of allegations or otherwise suspect abuse, take whatever immediate action you can to prevent the alleged offender from having contact with children (especially unsupervised contact with children.)  And immediately take the next step – see #3 — of reporting the suspected abuse to authorities.

(3) DO Get Officials Involved: According to the Daily News, authorities investigated Josh in 2006 for sexual abuse, including some felony charges.  Josh’s parents cooperated with the police during the 2006 investigation by the Arkansas police, and Josh apparently confessed to his wrongdoing at that time.

Involving trained law enforcement and state agency workers increases the likelihood that other victims will be identified and offered treatment.  Victims may have difficulty coming forward on their own and will likely need specialized counseling—with a certified sexual abuse counselor—to heal from the trauma of sexual abuse.

Also, law enforcement officers specialized in the investigation of sexual abuse have the tools and training to handle abuse allegations properly, particularly in family settings.  Such an investigation removes the inherent conflict that parents often experience between wanting to do the right thing and wanting to protect their child.  And effective treatment for a young offender requires that the full extent of their abusive conduct be known, which offenders are often hesitant to voluntarily disclose.

In sum, if when you learn of allegations of child abuse, call the police immediately.  Provide the police with all the information you can — the who, what, when, where and how details of the abuse.  Give them your name and contact information so they can follow up with you.  And continue to do everything you can to prevent the suspected abuser from having unsupervised contact with a child.

If you or someone you know has been a victim of child sexual abuse we are here to help.  Please call 1-888-407-0224 or use our confidential online form to speak with someone privately about your situation.

Together, we can help make kids safer.