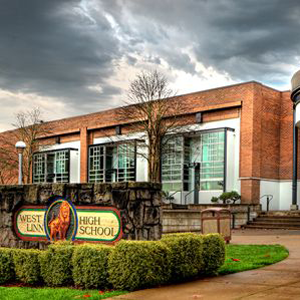 A $6 million lawsuit was filed by two former West Linn High School students today alleging that the West Linn-Wilsonville School District was negligent in failing to protect them from sexual abuse by a teacher in 2015.

The suit, filed in Clackamas County Circuit Court, alleges that a then-current teacher named Jonathan Peachey sexually abused the two Plaintiffs on multiple occasions in 2015.  (The victims are referred to in the suit under pseudonyms to protect their identities; one of the victims is still a minor.)

The victims are represented by Portland-area law firm Crew Janci LLP, which is known for representing victims of sexual abuse around the country in cases against elite schools and other large institutions, including the Boy Scouts and the Mormon Church.  (Attorneys from Crew Janci LLP were part of the Plaintiff’s trial team in the 2010 Portland case of Kerry Lewis v. Boy Scouts of America, which resulted in a $19.9 million plaintiff’s verdict.)

Today’s lawsuit alleges that the West Linn-Wilsonville School District knew that Peachey was engaged in behavior indicating that he was sexually abusing students, but failed to take action to intervene and protect the students.  The suit alleges that Peachey’s boundary violations were known to adults and other teachers.

“We believe the evidence in this case with show that the teacher was socializing with students outside of school, taking students to his home, buying students gifts (including a pair of designer underwear), providing students with alcohol, and making inappropriate gestures of physical affection (including sleeping in the same bed as students).  We intend to prove that at least some of these warning signs were known to – and ignored by – school employees,” explained attorney Peter Janci of Crew Janci LLP, which is representing the victims.

The suit alleges that “prior to the last act of child abuse suffered by Plaintiffs” the School District learned of allegations that “Defendant Peachey was engaged in inappropriate relationship with Plaintiffs, and/or other students known to be attending West Linn High School.”  Despite this knowledge, the suit alleges that District officials failed to investigate and violated mandatory reporting laws by failing to report the suspected abuse to authorities.

“We believe the evidence will show that the abuse of these students occurred as the result of a series of cultural failures at the school.  West Linn High School may have written child protection policies on the books, but the evidence shows that, at best, those in charge either did not believe that child sexual abuse could happen at their school, or worse – did not care enough to stop it,” said Stephen Crew, another attorney for the victims.

Peachey’s victims have struggled, according to their lawyers.  “These students were blamed for ‘causing trouble.’  They were mocked and shamed by their peers.  They were not properly supported by the West Linn-Wilsonville School District.  They have suffered depression, anxiety, and a number of other serious symptoms.  They have required counseling and psychiatric services.  In short: their lives were turned upside down,” said Janci.  “They have suffered far beyond the punishment imposed on their perpetrator.”

In an unusual procedural twist, Peachey’s criminal case was handled in the Lake Oswego municipal court instead of Clackamas County Circuit Court.  Also unusual was the disclosure – during Peachey’s sex abuse prosecution – that he had been convicted of DUII while working as a teacher at West Linn High School.  According to media reports, the School declined to comment on what, if anything, was done in response to Peachey’s earlier criminal conviction.

Despite pleading guilty in open court, Peachey later took to social media, telling his followers that he “accepted a plea offer because [he] could not afford the cost of trial or the possibility of losing!”  Peachey went on to say that he has “nothing to hide!”

“West Linn is a place where families come to help make sure their kids have every opportunity to achieve health and happiness.  Unfortunately, in this situation, it was the teacher — Jonathan Peachey — who was afforded privileges and advantages, instead of the students who were his victims,” said Crew.

“People need to understand that sexual abuse by those in positions of trust can happen in any school.  It doesn’t matter if you live in an otherwise safe and beautiful suburb.  It doesn’t matter if the teacher is popular or long-tenured.  Sexual predators use these types of positions to sexually abuse children in their care.  That will continue to happen until schools intentionally create cultures that put the safety of children above all else,” said Janci.