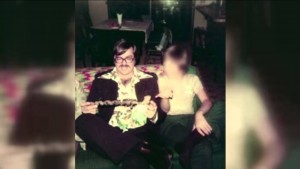 There is a wise saying: “Those who forget the past are doomed to repeat it.”  And that is exactly what appears to be happening in the Seventh-day Adventist Church right now.  Once again, there are reports that an adult accused of child sexual abuse is being allowed to continue having unsupervised contact with youth in the church.  And, if the past repeats itself, scores of innocent children may pay the price by suffering sexual abuse.

Here’s the current story: according to media reports, the Seventh-day Adventist Church is once again failing to adequately respond to allegations of child sexual abuse. The underlying issue arises out of the Riverton Meadows Seventh Day Adventist Church in Western St. Andrew, Jamaica.  There, according to media reports, a congregant and lay church leader named  Dalton Leslie – a sergeant on the police force — is accused of sexually abusing a 15-year-old-boy.  Shockingly, despite the allegations, the local Seventh-day Adventist Church is reportedly allowing Dalton Leslie to lead a youth group of underage boys in the church.  (Dalton is also being allowed to remain the guardian of a boy who attends the church, according to media reports.)  Congregants have expressed concern about how the church is responding to allegations of sexual abuse.

According to media reports, the spokesperson for the Jamaica Conference of the Seventh-day Adventist Church has responded to the concerns about the SDA Church’s inaction by claiming that Dalton Leslie is “not in an official position” and that the local church board would need to meet to address the situation.

This is déjà vu all over again, as they say.  Our attorneys have represented many victims of sexual abuse in the Seventh-day Adventist church – in local churches, boarding schools, and other programs.  We have seen this type of lax response to allegations of child sexual abuse before.

In Oregon, another man named Leslie – Les Bovee – had been convicted of criminal charges for child sexual abuse, but was nonetheless still allowed to have access to children in the church, serving as a leader in the Pathfinders Club  and an SDA youth singing group in the Eugene, Oregon area (Junction City and Veneta SDA churches).  Over the decade that followed, Bovee abused numerous boys.

Our office has represented a number of these boys  (now men) who were abused in the SDA Church by Bovee.  We are currently litigating a case on behalf of one of these victims in an Oregon court.  We have sued the SDA Church, all the way up to and including the General Conference in Maryland, for negligence and fraud.  We allege – and we intend to prove in our current case — that the Seventh-day Adventist Church failed to take action to protect children in the church even though  they knew of Bovee’s conviction for child sexual abuse and later received additional reports that Bovee was continuing to abuse other boys.

The Seventh-day Adventist Church has an obligation – starting from the top down – to do everything it reasonably can to protect the vulnerable children in its care.  An adult alleged to have sexually abused a child should be prohibited from any unsupervised access to children as a precautionary measure.  There should be no questions about the necessity of such a policy.  When such basic safeguards are not followed, one has to ask one’s self: what other opportunities to protect kids is the Seventh-day Adventist missing?

If you or someone you know has been a victim of sexual abuse in the Seventh-day Adventist Church and would like to speak with someone confidentially, please call 1-888-407-0224 or email us today.