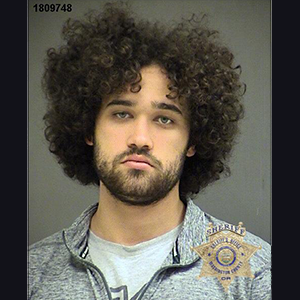 PORTLAND, OR – Former Sunset High School track coach, Branden Michael Helms, was sentenced to 13 months in prison on January 18th after he was convicted of second-degree sex abuse by a coach for sexually abusing a 16-year-old student. Helms was 25 at the time of the abuse.

The investigation into Helms began in June 2018 after the victim’s mother reported inappropriate contact between Helms and her daughter, who was a student-athlete and being coached by Helms at the time.

After receiving permission from the teen and her mother, a detective found extensive text message conversations between Helms and the girl, many of which were sexual in nature, according to the Washington County District Attorney’s Office. The detective discovered Helms and the teen had at least four physical sexual encounters, the district attorney’s office said.

“Once Helms saw this evidence against him, he hung his head and admitted to engaging in the sexual contact with the child,” the DA’s office said in a press release.

“We want the public to know that we take cases involving abuse by an adult in a position of trust very seriously,” Deputy DA Chris Lewman said in a press release. “This man used his role as a coach to groom and take advantage of the victim. A 16-year-old is not able to consent to this type of behavior, our children must be protected from predators like Helms.”

A spokeswoman with the Beaverton School District stated Helms coached on the track team the last two seasons, but he wasn’t contracted. They said he was a “casual employee.” Helms has been fired from his coaching position.

Investigators do not believe there are any other victims.

Crew Janci LLP represents victims of sexual abuse by coaches, teachers, and other trusted adults.  If you or someone you know needs help understanding their rights, please contact Crew Janci today by calling 1-888-407-0224 or by using our private online form.  We will treat you with discretion and respect.