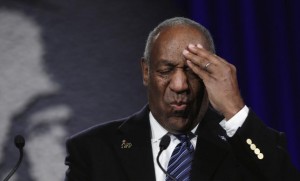 Yesterday, the Supreme Court of the State of California rejected Bill Cosby’s procedural efforts to get the child sexual abuse case against him thrown out.

The procedural background on this petition is as follows:  after the lawsuit was filed, Cosby filed a motion to dismiss, asking the Los Angeles County Superior Court to dismiss the lawsuit.  The Superior Court denied the motion to dismiss — allowing the case to continue.  Cosby’s lawyers filed an appeal, asking the the appellate court overturn the trial court and require dismissal of the lawsuit.  The appellate court denied Cosby’s request.  Cosby then took the issue up to the highest court in California — the California Supreme Court, which rejected Cosby’s requests.

This fight appears to have largely been an effort by Cosby to avoid being required to give a “deposition” (an interrogation under oath by the victim’s attorney).  Cosby’s lawyers oppose such a deposition because “it would further intrude on Mr. Cosby’s privacy, particularly if information about plaintiff’s allegations became public.” (Cosby Petition for Review in the California Supreme Court at pp 26).

The victim’s lawyer has been quoted as saying: “We look forward to continuing to fight for Ms. Huth’s right to have her allegations against Mr. Cosby decided at trial in the Los Angeles County Superior Court. There, Ms. Huth and Mr. Cosby will both be able to testify under oath and the jury, after hearing and considering all admissible evidence, will be able to decide if Mr. Cosby should be found liable for the allegations that Ms. Huth has made against him in her lawsuit.”

The victim — who has been public with her identity — is a woman named Judy Huth, who has filed the lawsuit against Cosby for child sexual abuse she says he inflicted upon her in 1974.  Huth is one of dozens of women who have come forward alleging that Cosby sexually abused them, though many were over 18 at the time the assaults are alleged to have taken place.

Based on the Supreme Court’s rejection of Cosby’s arguments, attorneys for the victim are seeking to conduct the deposition of Cosby within the next month in Massachusetts (near Cosby’s home).  The victim’s lawyer reportedly told the press:  “We are looking forward to Mr. Cosby answering questions under oath at his deposition.  It’s a very big victory.”

Cosby has never been charged criminally, although Los Angeles police are currently investigating allegations against him.

Huth’s civil case has more opportunity to go forward than a criminal prosecution because the civil statute of limitations offers a greater period for the victim to pursue a case.

If you or someone you know has been a victim of sexual abuse, you may still be able to seek justice.  Please contact Crew Janci for a free confidential consultation — use our confidential online form or call 1-888-407-0224.