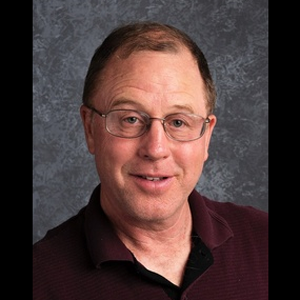 During the two-week trial, according to media reports, the female students described how Scott touched their breasts, thighs, bottoms, and others part of their bodies while they were in the seventh grade at Gardiner Middle School.  The abuse occurred over the course of four coed gym class periods from the beginning to the end of the school day on Oct. 5, 2015.  Scott had students perform unfamiliar warm-up exercises before playing kickball.  It was during these exercises that Scott inappropriately touched several female students.  Some of the students reported the conduct to the principal the same day, and Scott was pulled from the class by the vice principal by the end of the day.

When interviewed by police, Scott denied touching any students inappropriately.  Scott’s attorney argues that the students’ accounts are simply wrong, and that the Oregon City police did not conduct a thorough investigation.

Clackamas County Circuit Judge Jeffrey Jones found Scott guilty of third-degree sexual abuse and harassment.  According to the media, he found the students’ testimony to be compelling and credible and concluded it was unlikely that the students had all colluded to bring false accusations against Scott.

Scott taught for 36 years as a health and physical education teacher with Portland Public Schools.  He taught at Sellwood Middle School and Grant High School before retiring in June 2012.  Norman Scott then worked occasionally for three years as a substitute teacher in the Lake Oswego, North Clackamas, and Oregon City school districts.

In its response to Scott’s 2012 lawsuit against Portland Public Schools, the District listed three examples of misconduct.  At one point the district gave Scott a letter telling him not to contact students via cell phone and not to give romantic or overly personal gifts or notes to students, according to media reports.  Media also repot that the District gave Norman Scott a written reprimand and final warning for unsound judgment and neglect of duty for carrying out a field trip without permission.  He received a second written reprimand and another final warning for insubordination and inadequate performance after conducting another unauthorized field trip, according to news reports.  Thereafter, Scott was also placed on administrative leave pending a recommendation that he be fired.  The response did not specify how many complaints were made against Scott or how many times, when, and how Norman Scott was disciplined.

Health Teacher Norman Scott’s retirement deal with Portland Public Schools called for the district and Scott to “waive any and all claims and complaints against each other that have accrued” and to seal information about allegations and discipline in his personnel file, according to media reports.

In fact, according to comments posted in response to recent news reports about Scott’s conviction, numerous female students had made complaints during Scott’s tenure about his inappropriate conduct during gym classes and field trips.  The commenters noted that hardly any action was ever taken in response to these complaints, and Scott remained a teacher despite them.

Gym teacher Norman Scott was the subject of media reports in 2009 one of his students at Grant High School shared a video to YouTube of Scott teaching a sex ed.  In the video, Health Teacher Norman Scott is seen talking to 10th Graders while wearing a condom on his head and pair of red underwear (with a hole in the middle) over his pants.  When Portland Public Schools saw the video, they ordered Scott never teach that way again.

Norman Scott also filed a $10,000 lawsuit in July 2015 against Portland Public Schools accusing the district of wrongly complaining to the Oregon Teacher Standards and Practices Commission about a text he sent a student four years earlier, according to news reports.  Scott’s attorney at the time said that the student was a teaching assistant, and Scott was asking her about the location of some teaching materials.  The commission dismissed the school district complaint in February 2015, and Scott’s civil suit was dismissed in December 2015.  The school district agreed to pay Scott $3,500 in a lawsuit settlement agreement.

According to media reports, the district also sent a letter of retraction to the Archdiocese of Portland’s Catholic schools department, saying “an administrative error” led to the district releasing a form that showed Scott had been the subject of “a substantiated report of child abuse or sexual conduct.”  In the letter, the district stated that Scott was not involved in misconduct or under investigation.

We at Crew Janci LLP have worked on many cases similar to the Norman Scott case, including cases against Portland Public Schools and other cases against school districts in Oregon.  In many cases, school employees engage in inappropriate behavior and sexual abuse of students and schools fail to hold themselves and their employee accountable.  Far too often, an abusive teacher is allowed to stay – or one school “passes the trash” to another school.  In either circumstance, more students are harmed as a result.

Students who are sexually abused by their teachers deserve action and justice.  The sad truth is that schools are only held accountable by victims coming forward and speaking out about their experiences.  We encourage anyone who may have suffered sexual abuse by a teacher to speak the truth and to demand justice.  We know it takes courage, but you don’t have to do it alone.